This is like a Star Wars adventure. Call it “Escape from the Milky Way.”

The Carr fire in northern California near Redding grows daily and by some reports exceeds 250,000 acres – only a week old and already one of the largest fires in the state’s history. New fires to the north in Oregon only make it worse. Even high in the mountains, the air is an opaque milky white. In the valleys, it’s like walking through liquid cotton.

To escape, Rodeo and I have jumped ahead to Ashland, a wealthy counter-culture enclave a dozen miles up the trail from the Oregon border. Though not nearly as bad as Etna or Mount Shasta, it too is shrouded in smoke. Every third person seems to be wearing a face mask, like Darth Vader, except white rather than black.

Patch and Skywalker jump into the car at Seiad Valley, also seriously socked in. Our strategy: head north to Ashland, or beyond, then return to the PCT wherever the air clears, in hopes that distance and elevation put the smoke behind us.

Except, as it turns out, it doesn’t.

The first stop is Callahan’s Lodge, at mile 1718 outside Ashland. Though two thousand feet higher, at 4200 feet, it too is swathed in smoke.

Next stop: Green Springs, at 4500 feet, with its elegant timbered lodge two miles east of the PCT. It’s an ash tray.

Another stop: Hyatt Lake, around mile 1742. It’s even worse. The cooler temperatures of the lake seem to make the air heavier, and hence smokier. It’s like standing in a cloud, inhaling cigarettes.

A few miles farther north, I give up the quest and hop on the trail at Dead Indian Road, the cut-off for Lake of the Woods Resort and a scenic lake-side alternative route via the old Oregon Skyline Trail. Perhaps it’s the altitude – over 5000 feet – or a change of the wind. Suddenly, the milky haze begins to thin.

I take off my face mask. The neon orange orb glimpsed dimly in the cotton sky goes away. In its place, an almost-sun filters through the forests of giant pines, often a body-length in diameter, yellowy moss growing from 10 feet up above the snow line.

As if it were a sign of changing fortune, I come across the first ripening huckleberries. Laden bushes hang within easy reach along the trail, and I snag plump berries on the fly, scarcely having to bend down. Thank you, thank you, O Great God of Huckleberries. 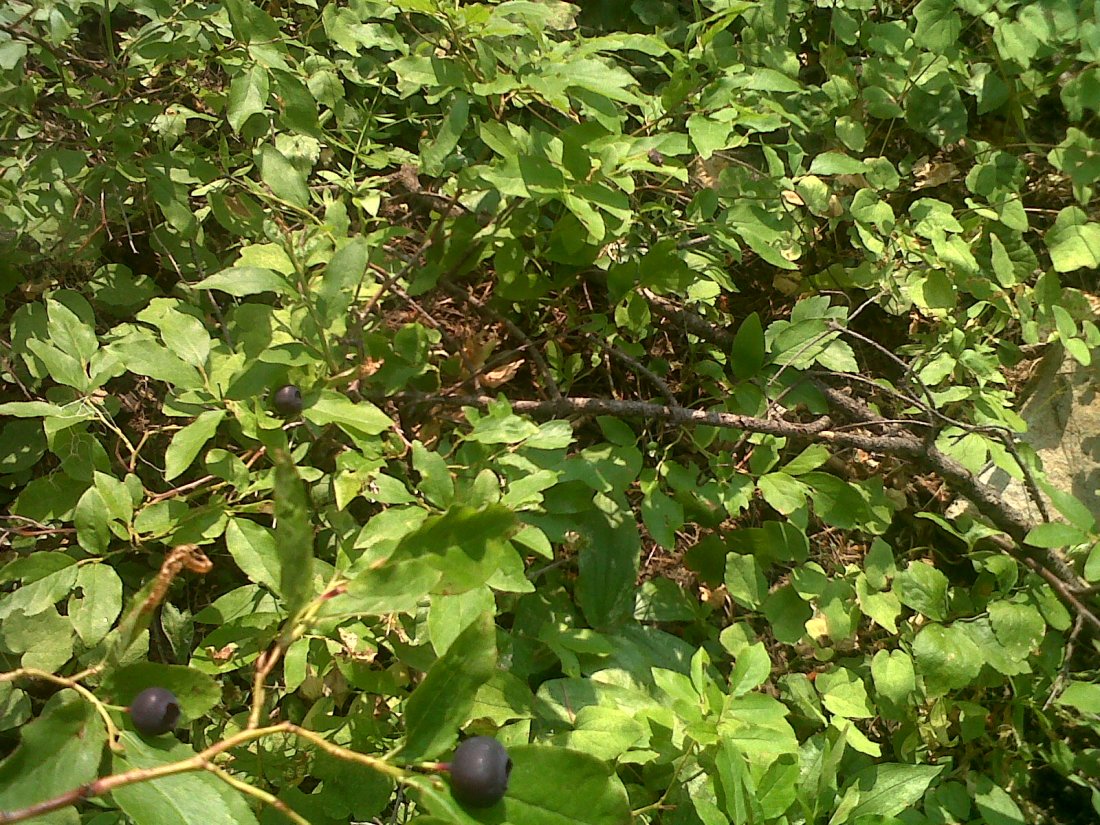 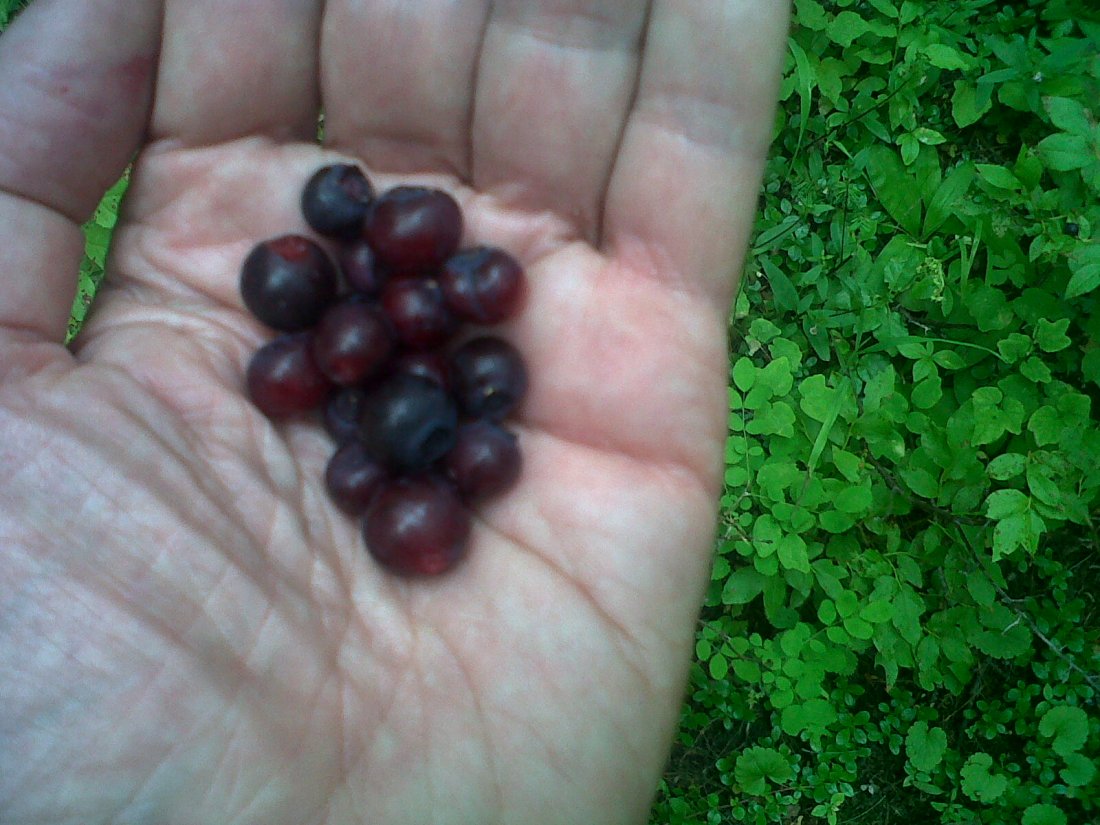 Alas, it’s too good to last. The smoke comes and goes, sometimes thinner, other times heavier. After only a few miles, I put my mask back on. Even from the highest ridge, at 5500 feet, there are no views of any sort, on any point of the compass. Here and there, the forest gives way to rocky, treeless lava fields. I barely cast a shadow.

Approaching highway 140 at mile 1773 — where you can go west to the nothing-to-speak-of Fish Lake Resort, or east to the Lake of the Woods Lodge, an unsung jewel of the PCT — I hear traffic in the valley below but can’t see the road through the milky fog. Trees less than a quarter mile away are a blur. 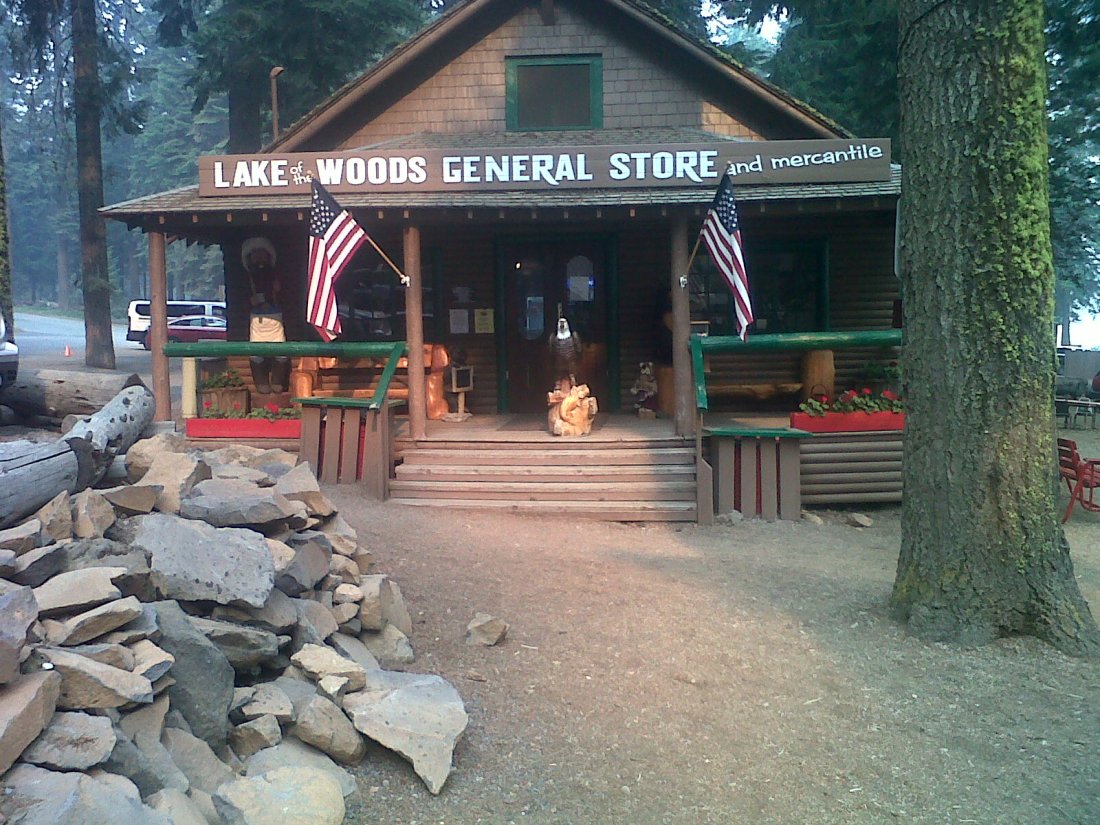 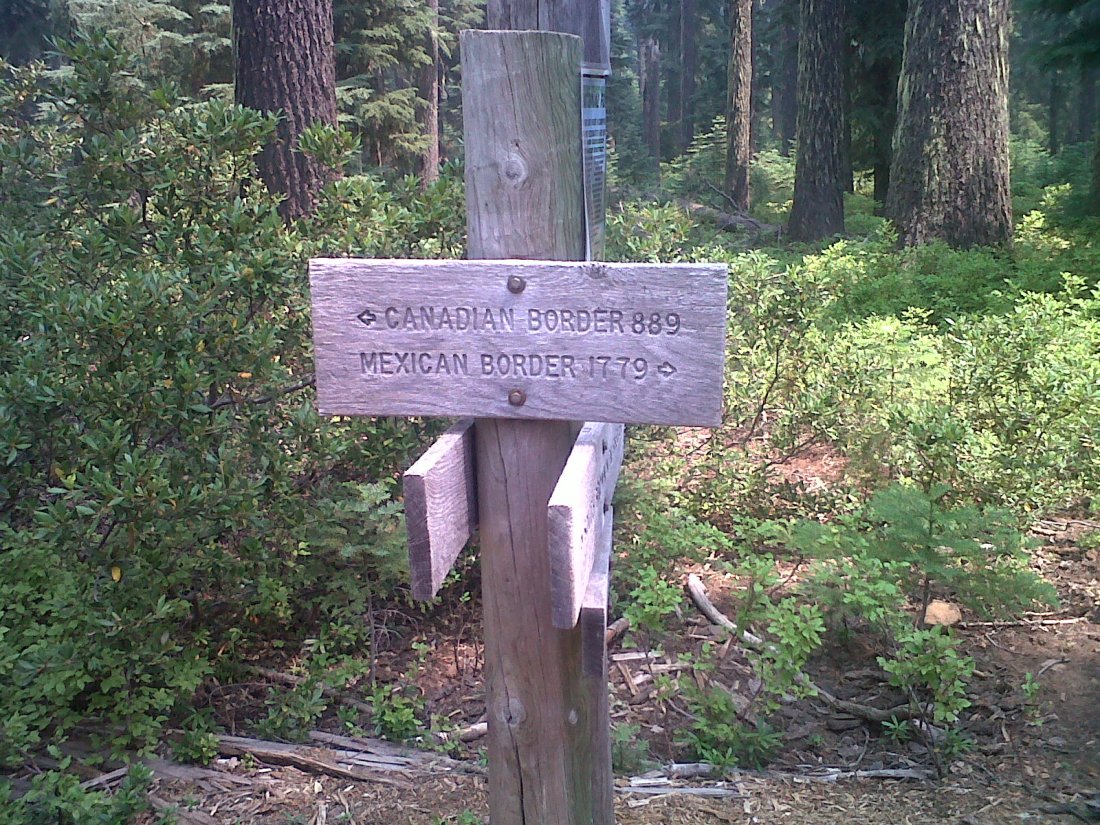 It makes for rough going, these fires, At Hyatt Lake, I come across a hiker sick from days of breathing smoke. But he’s also suffering from something more. I call it Hiker Fatigue Syndrome. “I just need to see something other than the trail,” he says wearily.

At the Burney Mountain Guest Ranch, nearly 300 miles back, a veteran PCT hiker named Numbers explained that most hikers suffer a psychological downswing in northern California. The dramatic scenery of the Sierras is behind us. So is the newness of the desert, when the PCT was still a fresh adventure. More people drop off in northern California, said Numbers, than any other stretch except the first 200 or so miles. “If you manage to make Oregon,” he added, “the odds are very high that you will reach Canada.”

I thought of this today, walking through the smoke. So many of us are in Oregon now, or about to be. And yet the fires add another dimension to Hiker Fatigue Syndrome — pushing the psychological borders of northern California into the smog banks of southern Oregon.

Really, wearing a face-mask while hiking the PCT, smelling your own breath rather than the pine forests? It takes a certain something for folks to keep chugging along, under such circumstances.

May the force be with us.