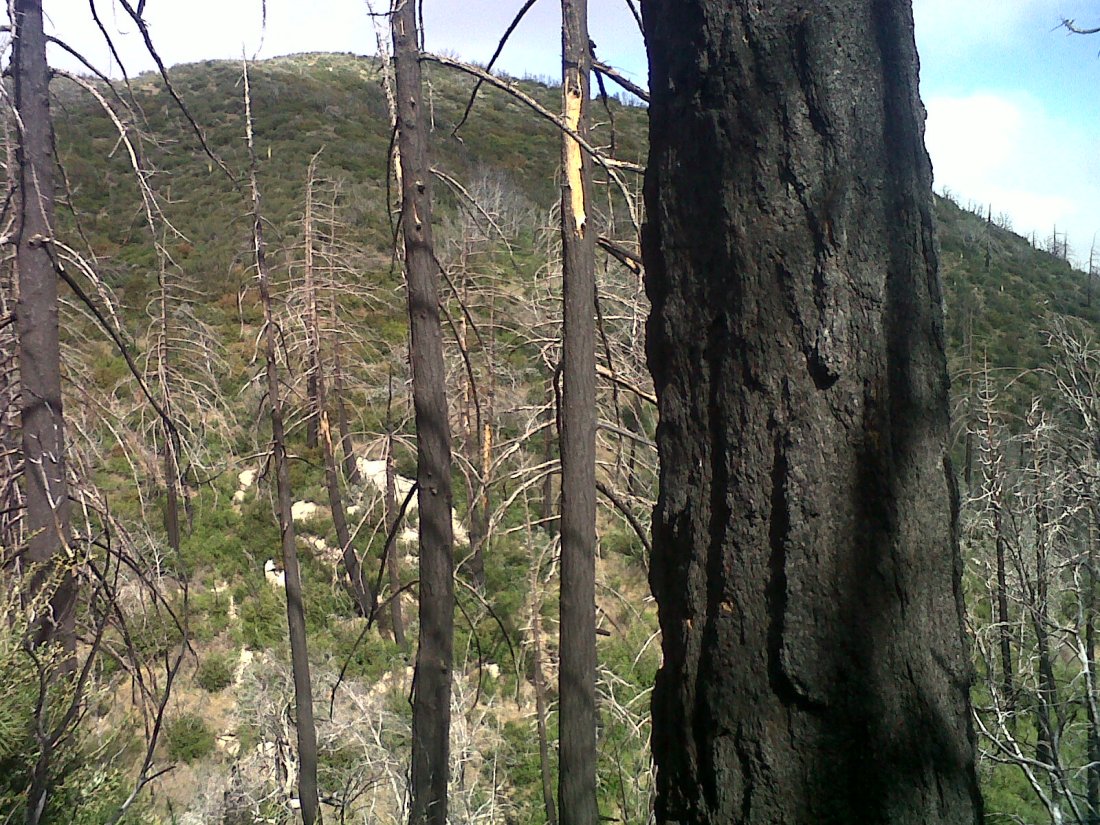 Researching my PCT hike, I came across dire warnings. Mile 419 to 431 was one massive Poodle Dog plague. There were photos of plants head-high, massively over-growing the trail. Experts warned of its effects: massive blistering, followed by second-degree-burn-like scabs. A detour along Gleason Road, the unpaved track paralleling the PCT, was recommended.

So when I arrive at Mill Creek, mile 429, I am worried. I ask others what they would do. Most have never heard of this particular issue, which confused me. How could they not know? Bee Hive, Taco and their gang shrug. “We’ll just push through it,” says Taco. It’s Smoke Break, I think, who consults Guthooks. In minutes he has an answer. ” It says here you can get through,” he says. “Even in shorts, maybe.”

I spend a wakeful night on the Mill Creek ridge, trying to keep warm under my quilt, listening to the wind and worrying about Poodle Dog. Could we get through without an encounter of the poisonous kind? The last thing I want is to get trapped by an impenetrable bunch of the stuff over-growing the trail and be forced to back-track.

At 6 am, Mill Creek is still wrapped in fog. A cold winds whips from the coast. A few miles into the day, however, the sun begins breaking through. Banks of clouds and mist cascade down the far side of the mountains, in great rolling waves, away and away and away.

The trail is dusty soft as it winds through the massive Station burn. Blackened trunks of pines stand in lonely sentinel, interspersed with groves of dead alder and oak, the bark burned from them and turning a bleached silver with the wind and sun.

Yet it is actually quite beautiful. And everywhere there is new growth, thick and green and cool, birds chirping and singing. 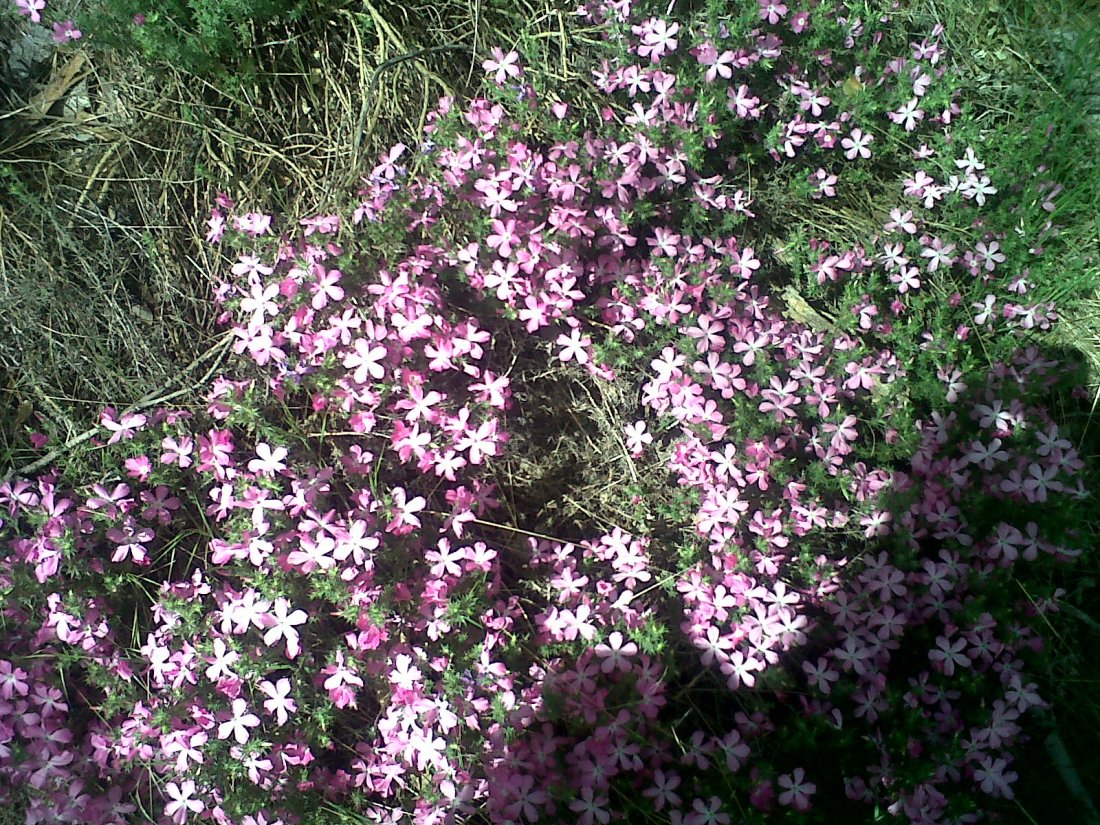 The 17-mile stretch from Mill Creek to North Fork ranger station is supposed to be without water. But coming down a dip at mile 425.8, I find a moist steam bed. Dig a small hole and it fills with enough clean water to scoop and drink without filtering. With a straw, you can drink straight from your hole.

At 10 am, I take a mid-morning break — 10 miles by 10 am, a hiker index of decent progress. Except for a few small clumps around mile 420, there has been little sign of the alleged PD Plague.

What gives, I wonder? Why all the internet sturm und drang? After all, I was actually considering an awful road walk instead of this wonderful bit of trail.

At just this moment, who should round a bend but a volunteer PCT trail crew with chain saws, rakes and axes. “Where’s all the Poodle Dog,” I ask. “It’s supposed to be a plague!”

They all look at me funny. “Who’s feeding you this BS,” says one finally. “We got it all last year. There’s none left!” It seems our US Forest Service has done us all, well, a service.

Where the PCT crosses a dirt road at mile 401, I run into another volunteer, Pickaxe Pete, celebrating his 87th birthday by working on the trail. “”Happy birthday!” I say, tipped off by his crew mates. Apparently they’ve put dozens of hikers up to this over the past week. “Thank you very much,” says Pickaxe with a laugh.

Looking two decades younger than his age, he’s sitting in a white pick-up with a Forest Service worker named John, who asks me to note any fallen tree with the exact mileage. “Report it to Todd at the North Fork ranger station and we’ll cut it,” he instructs.

Todd is not to thrilled to have another dirty hiker knocking at his door. But he warms up after I explain that I am a duly deputized very, very temporary forest service volunteer bearing mission critical information about a fallen tree at mile 434.09. In return, he gives me a small dollop of hand-soap to wash some poison oak off my leg.

There may be no PD plague on the PCT, thanks to those volunteers — but there is a lot of poison oak over-hanging the trial in the last mile before North Fork ranger station.

I had been warned by the trail crew. “Just push it out of the way with a stick,” advised John. Avoiding one clump, I stumble into another.

Such is life on the PCT. I grab a $1 root beer out of the cooler by the ranger’s gate and am on my way.